THE WORK OF THE MODERN ACTOR

For today's actors, the reality of work is often very poorly understood.

Of those who have the ambition to practice regularly, to learn playing techniques that suit them and to develop their vision for their art, very few are well versed in two fundamental exerciseswhich are becoming more and more important: the (technical) work of the acting in front of the camera and the preparation for castings.

Place an option on this course by email here

"Acting in front of the camera is really about creating moments. Catches that last longer than 20 seconds are rare."

My interview with Chris Mack (French subtitles in the video settings)

THE GAME IN FRONT OF THE CAMERA

There are a lot of preconceived notions about what is different about performing on camera, as compared to performing on stage (when you know there are differences, and they are big).

Whether it's the frame size (wide shot, close-up...), and how to adapt your performance to what's in the shot or not, the vocal level when wearing a microphone, how to nuance a performance, how to make it easier for the editor in post-production and how to translate what the director is telling us in a way that's concrete for us, and practical... the experience of acting on a set is invaluable.

Traditionally, actors acquired this knowledge "on the job", by observing other professional actors experienced in this exercise, and by making mistakes, sometimes over a very long period of time.

Our ambition for this program was to bring together Chris Mack's two specialties - casting preparation and acting in front of the camera - to give the group, in a small group, the essential information in half a day, and to have the actors do a monologue under casting conditions, and then to be able to analyze together their presentation and their performance by giving them a personalized and honest feedback on the two stages of their passage.

In a friendly and fun group atmosphere, and under the guidance of a specialized professional, each participant will be able to draw inspiration from the presentations and performances of the other actors as well as receive the opinion of the whole group on their own. 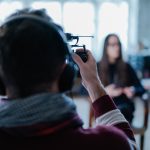 Whether it takes place at home (self-tape) or in front of a casting director, there are really two stages on which the actor will be evaluated:

- his personal presentation: "Put yourself at ease. Introduce yourself in a few words". It is then a matter of casting directors observing the natural personality of the actor, when he is not acting and when the stress of the performance does not inhibit him too much.

If he has already sent photos and a demo tape, casting directors are already aware of his physical appearance and what he considered his best acting moments. The purpose of this step is to perceive his energy, and who he is. It's about being enjoyable, but more importantly, memorable.

- his performance: he will present a first performance, or a reading, and this will often be his only opportunity to play with team members before a final decision is made. It is then mainly a question of evaluating one's relationship to work. This is where experience, or knowledge of the environment, codes, what is expected, will come into play. Having the tools to present a variety of options, which is essential when shooting to give the editor choices, is of course important, as well as some on-camera technique. 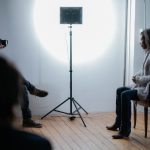 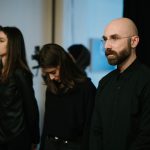 Acting coach for over 25 years, Chris Mack specializes in acting in front of the camera and casting preparation.

After the success of the Masterclass we organized with him, the weekly course "The Working Actor" was created, which still brings together his two strong points, for actors wishing to professionalize or boost their career.

It is adapted on Zoom since 2019, to allow actors who wish to continue to train even if confined, and to specifically practice the increasingly common work of casting and acting in front of the computer camera, or the preparation of self-tapes.